Definition of AGVs and AMRs

MiR TOP / Introduction to AMR / Definition of AGVs and AMRs

What is an AGV?

Do you know AGVs?

AGV is an abbreviation for automated guided vehicle, also called an automatic guided vehicle or self-guided vehicle. It is a very common solution for those who work in the manufacturing industry, but its recognition is surprisingly low to other people.

In JISD6801, AGV is defined as “a vehicle that has the function of automatically traveling in a certain area and transporting goods other than humans such as loads, and is not used on the road stipulated by the Road Traffic Act.”

It is categorized according to the guide that indicates the route to be navigated, and there are various types of navigation methods such as magnetic navigation, laser navigation, and image navigation.

As you can see from the establishment of JISD6801 "Vocabulary of automatic guided vehicle systems" in 1990, the AGV itself is not so new. The system has been actively used for transportation tasks within a limited scope―mainly in logistics warehouses and production lines. 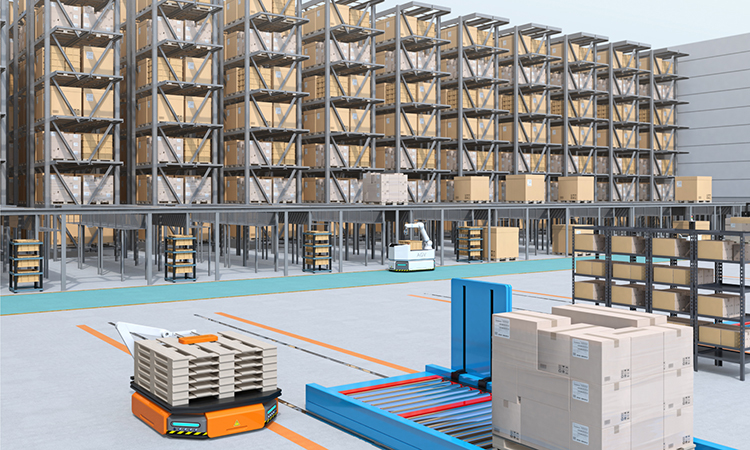 Shift from AGVs to AMRs

Among AGVs, those that do not require guide and estimate their own position based on information from built-in sensors are generally called AMRs (autonomous mobile robots). They are also called a guideless AGV.

SLAM is an abbreviation for Simultaneous Localization and Mapping.

With the laser SLAM method, a robot measures the distance to a wall or pillar with a built-in laser scanner, etc., creates a map of the surrounding environment, and estimates its own position on the map.

Therefore, with AMRs, the adoption of the laser SLAM method eliminated the need to install guides in the navigation path as with conventional AGVs. That is the decisive difference from the AGVs.

Did you understand the definitions of AGVs and AMRs? On the next page, we will explain in more detail the differences between AGVs and AMRs.

Differences between AGVs and AMRs